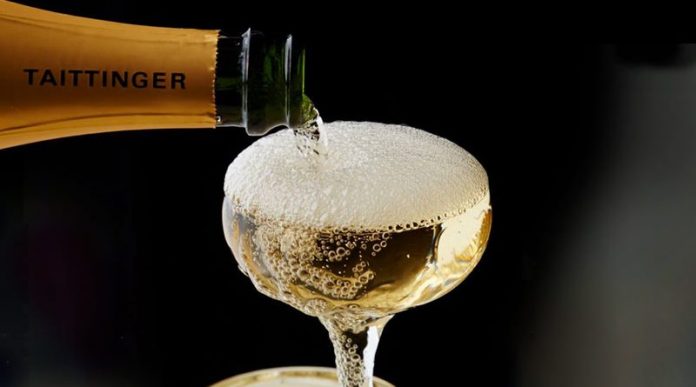 Expensive champagne has become the go-to drink for special occasions and has become synonymous with celebration and luxury travel.

With so many important occasions to mark throughout life, from weddings to birthdays, births to a new job, we take a look at the five most expensive champagne brands.

Expensive champagne can mark any occasion in an unforgettable way. Not just a simple sparkling wine, champagne from the Champagne region of France undergoes specific treatments and processes including secondary fermentation to allow it to be classed as a champagne. The luxury brands listed below give a comprehensive list of the top five most expensive champagne brands along with their key features and history.

The Five Most Expensive Champagne Brands.

Pol Roger founded the Pol Roger champagne house in 1849 with the first champagne released in 1853. The Pol Roger luxury brand champagne house is still run by the descendants of Pol Roger in the Champagne region of France in the town of Épernay. The deepest cellar is at 33m below street level, keeping the champagnes very cold resulting in the signature fine bubbles associated with Pol Roger’s expensive champagne.

French champagne brand Veuve Clicquot is based in Reims and was founded in 1772 by Philippe Clicquot-Muiron. Veuve Clicquot was the first champagne house to produce rosé champagne, which was achieved in 1775 through the addition of red wine during production.

Another historic claim to fame for the brand is that Madame Clicquot, the widow of Philippe’s son, became the first woman in charge of a champagne house. Her business skill and acumen enabled the brand to focus and enjoy great success for centuries to come, culminating in the formation of the luxury brand selling expensive champagne that it is today.

Madame Clicquot also developed the riddling rack, which made the process of dégorgement more economic and efficient. She is therefore credited with having enabled the start of mass production of champagne.

The Krug Champagne House was founded in 1843 by Joseph Krug. It is located in the Champagne region of France in the main city of Reims. Joseph Krug began his expensive champagne house after moving to France from Germany in 1834.

Krug champagne utilises a mix of Pinot noir, Pinot Meunier and Chardonnay grapes. Krug Grande Cuvée is the most popular of the Krug champagnes and is formed from at least 10 different vintages forming a blend of at least 120 different wines. The vintages are anything up to 15 years of age.

The Krug Grande Cuvée is produced over a 20 year period and is often voted as one of the world’s best champagnes worldwide. Krug champagne is fermented in a traditional manner in small oak barrels. The luxury brand has an appreciation for the tradition and history of champagne and this shows through in its formulation process.

Armand de Brignac, more commonly known as the Ace of Spades due to its logo representing a spade, is an expensive champagne brand owned by rapper Jay Z, who acquired it in 2014. The champagnes produced by Armand de Brignac are of a multi-vintage style and contain a range of grape varieties, often blended together, including Pinot noir, Chardonnay and Pinot Meunier.

A notoriously expensive champagne brand is Dom Pérignon. The French luxury champagne brand boasts only the finest vintage champagnes, with grapes only being harvested in years where the crop is of the best quality and all grapes are harvested during the same year.

Dom Pérignon is the prestigious line of champagne produced by Moët & Chandon. Dom Pérignon is named after a Benedictine monk who was a pioneer for high-quality champagne, inventing many winemaking techniques and storage methods for champagne in the late 1600s. Dom Pérignon uses a combination of Chardonnay and Pinot noir grapes using up to 60% of each. At least 2 million bottles are produced from each vintage.

It has been selected as the most expensive brand not only due to the current retail costs of its stock, which range from £115 for a 2006 75cl bottle and £7500 for a limited edition 3 litre bottle of white gold Jeroboam from champagne direct but also for the prices it can fetch at auction.

The Lakes by Yoo, Cotswolds, Gloucestershire

An Insight Into The World Of Private Jet Charter

The Lakes by Yoo, Cotswolds, Gloucestershire